This year Ben and I headed up the annual Harvest Party at church.  The theme we chose was “The First Thanksgiving.”  The kids usually come in costume for the theme, so I made Elaine and Nolan little Indian shirts. 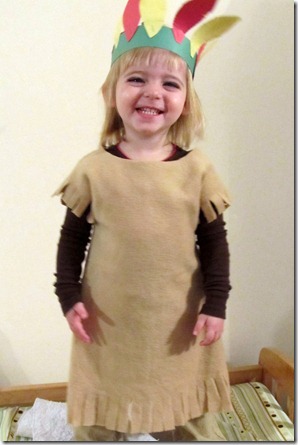 I made the costume several weeks ago.  I could barely get Nolan’s shirt on him this morning!  Here they are in the teepee. 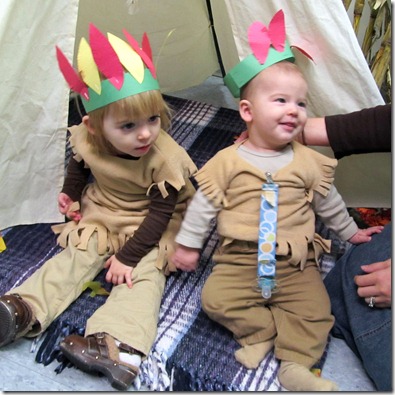 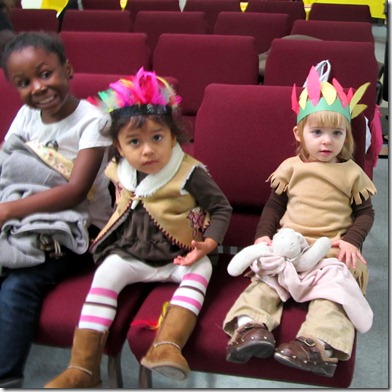 Elaine and her partner in crime, Selah.  They were both Indian girls! 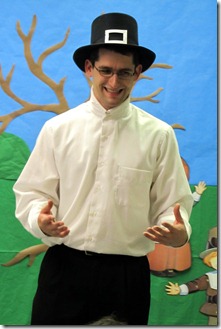 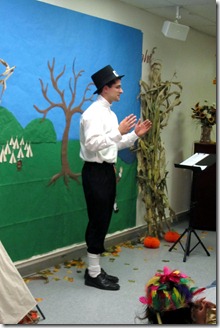 There weren’t only Indians running around…there were a few pilgrims too!  Sadly, there was only one Pilgrim boy.  But he was my favorite! 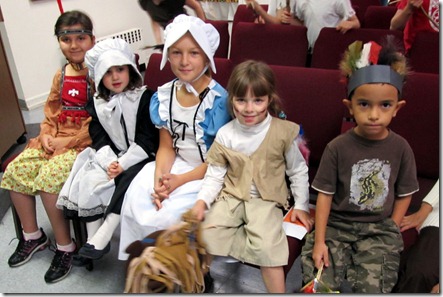 Indians and Pilgrims waiting for the program to begin (Josie, Faith, Isabella, Shastya, and Jalen) 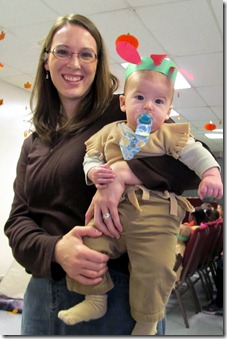 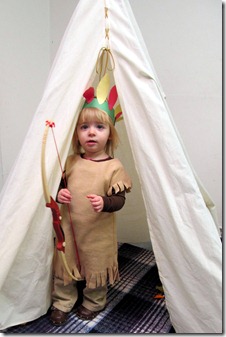 Mama and her Indian Boy. 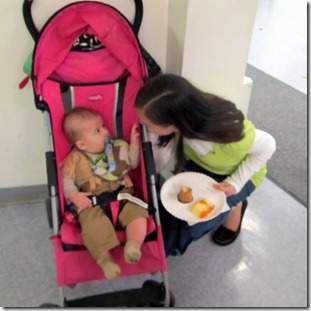 Nolan was definitely the ladies man this afternoon!  He was passed from one teen girl to the next, and none too happy to be put in his car seat to go home! 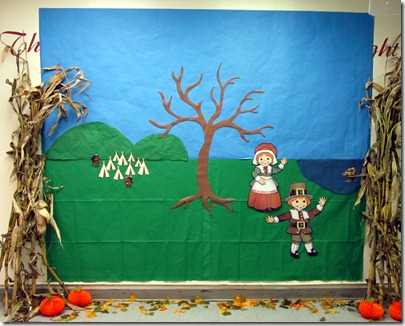 Mary and I did the decorations this year.  We had an Indian colony, a thankfulness tree, and some pilgrims.  I made the teepee in the former pictures also. 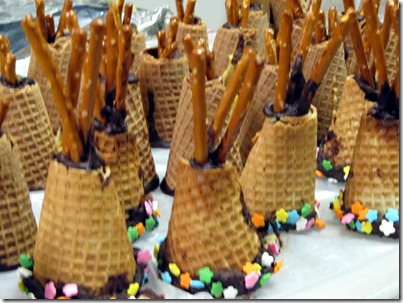 I was browsing the internet and came across a recipe for teepee cupcakes.  I had three or four ladies volunteer to make them.  Not only are they adorable, but they are delicious too! 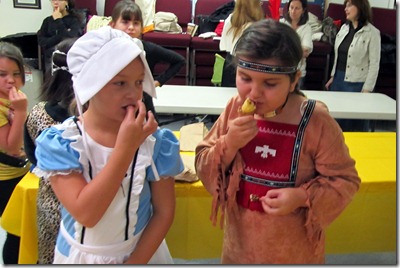 See?  I told you.  Isabella and Josie think they are delicious too! 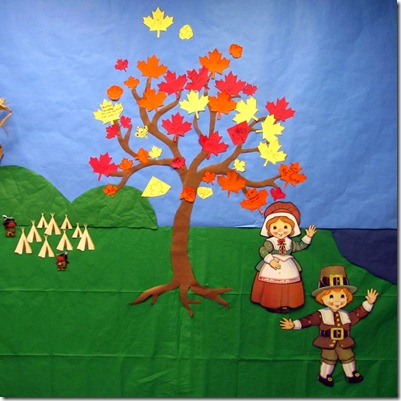 Our Thankfulness Tree grew leaves when the kids wrote down things they are thankful for and glued them on the branches. 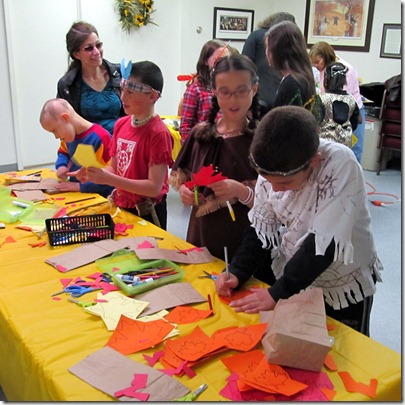 Adam, Timothy, Caitlin, and Jeramiah filling out their leaves for the tree. 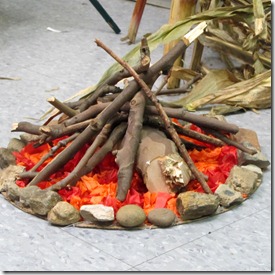 A little fire outside of the teepee. 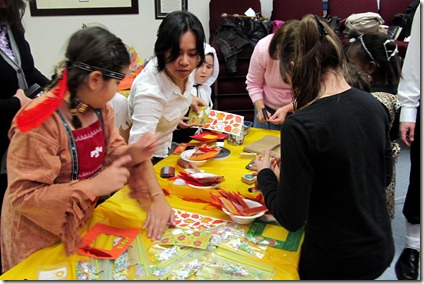 Well it was fun, but I’m glad it’s done!  I’ll take a quick breath before I have to start planning Thanksgiving dinner…

Please leave your email address if you need a response to your comment, or check back here to see my reply in the comments section. 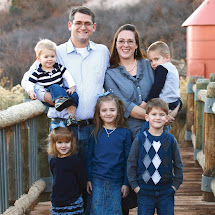 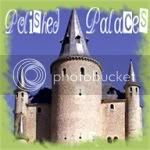